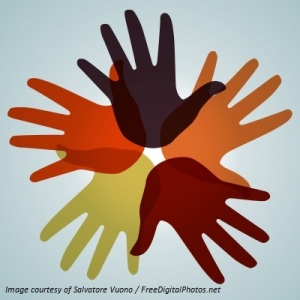 I’m not going to lie. I’m posting this so late on Wednesday in large part because I was racking my brain trying to think of something wonderful to say. Once I came up with the concept and a possible title, I was trying to decide whether I should title this Mercy or Forgiveness, because color-blindness is a real condition some people have. But I’m going to leave it there. Because diversity is not a color.

I keep playing something over and over in my head from this past Monday around 3PM EST. I was in the gym, on the elliptical. Suddenly I looked up and realized 5 of the 8 overhead screens had President Obama giving some speech. Without my glasses and without headphones I couldn’t tell what he was saying, but I knew it had to be something major, something wrong. As it turned out, he was giving a speech about 1) Iraq and 2) Ferguson Missouri. I found out by asking someone else not short-sighted like me (so to speak.) Then, I looked around the gym and thought … there are black people here, working out with us – and I never thought about it. Like most people I generally don’t make a note of the fact, other than for descriptive purposes – oh he’s tall with long black hair, dark skin.

All I could think was how many times what we don’t think about is as important as what we do. How often do we “let things slide” because we like the person, because we err on the side of trust? And how hard is it to do that to everyone?

Our ability to give someone a chance, even to lay our lives on the line and peacefully protest, because we believe in the dignity and humanity of our “enemy,” that is also a wonderful thing. It’s not the same as being a doormat. But it does mean checking our prejudices at the door lest we be overcome by all the things we think we know. And sometimes, when we are “weak,” we are very strong.

And that’s all I’ve got for today. Next week, hopefully I’ll have something better, like platypuses or unicorns or rainbows. For now, I suppose all I have is a dream…. 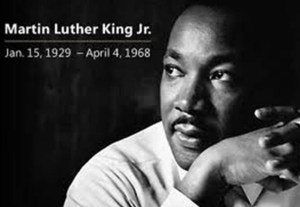