It’s me. So had a new realization today, well, several really. But one is another childhood memory when I was a newly baptized and then visionized Christian. You know that vision I had when I was 14, the one that saved my actual life AND pretty much immunizes me against any religion but Christianity, specifically Roman Catholic Christianity as my understanding of the vision deepens. The one where you told me 1) the Bible is a true representation of your relationship with humankind in *all time* 2) Jesus is indeed your Son, everything that you are in finite form 3) that the Gospels are an accurate count of his life and that if I followed in his footsteps that was how to please God.

You know, that vision.

And then there was some personal stuff after that. One of those personal things is the part where you said when my life is done here, when I’m done helping pretty much whatever darn way I choose, I get to be tangibly there with you forever. Also because I’m leaving out of love, I never really leave there.

People have occasionally asked me – what did God tell you to do in this vision? Because usually that’s how visions work. God gives you a vision and a mission. God didn’t tell me to *do* anything, but I know in a way impossible to describe that Love Is the Answer, love for everything that exists and will ever exist.

That’s all that I really do. I love people, a lot. Love is not easy. Love is at times this fundamental paradox.

Among other things as a suicidally depressed person who also suffered from severe social anxiety, breaking out of my shell was – and sometimes still feels like it is – this impossible task. Once you do it, it’s like wow, I’m kind of bad-ass. Thanks again for that by the way.

Truth is, depressed people who break out of depression – like me – often feel manic, because feeling good and normal is so strange to us. That can become part of the cycle, where we literally sabotage our own happiness thinking we’ve gone too far, when in fact all we’ve done is managed to get to normal – maybe a wackier brand of normal but still basically normal. Me writing these silly little letters is – among other things – a way of normalizing all of this, saying I can write this down and share it and the world doesn’t come to an end. In fact if anything people are like huh, kind of cool – maybe a little strange, but cool.

It’s the sharing that is healing, though. And it’s my story, not anyone else’s.

Anyway, so a couple things. I’m immunized against Protestantism not because I am saved by works not faith, but because I am saved by neither. I am saved – of course – by you God, who can do pretty much whatever you want. When I first read the documents of the Council of Trent, I understood this instantly – and like a veil being lifted from my eyes wondered and to this day still wonder why I ever believed we were saved *by faith*. Faith is a gift from you. We are saved by faith, because you save us through signs we choose to believe, by personal revelation, through the Bible, through a friend, through the sunshine as it hits us just so one day. Faith contains this revelation, like the tiny mustard seed by which we receive grace from God. 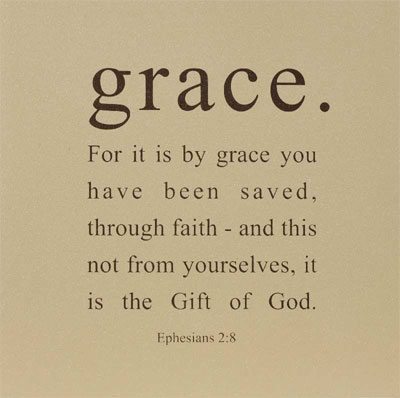 Knowing salvation rests on you and not me comforts me greatly because depression is like this seasonal flu that never entirely leaves you. Sometimes, I fight depression – and sometimes like a crazy person I turn and fight the Doctor of my soul. Who has done nothing to hurt me except completely and utterly fail to deny me the ability to grow up to be whoever and whatever *I* want to be within the limits you continue to set for me.

I choose life and I choose love and I choose faith. I miss you so much, not the glowy light part, because that was only ever a symbol. I miss the part where I know there is a God who loves me, that I am safe with you forever. That is the height and the depth of what I have lost, if only for a little while. I choose to believe that it is not futile, that I have no viable choice but to believe that I will see you again and it won’t be just me there. I want a huge universe, Father, lots of rooms, lots of buildings. And I want to share it with all of the other people who helped to make it happen, like me, one wish and one hope and one dream at a time.

We ask but only you can give. We say save us from death, but only you can do this. We say no to death, and you are the one who says yes to us. Ultimately, at the uttermost point, as for people who unfortunately do kill themselves, sometimes we go crazy – and you can save us anyway. Because, you get it. You get us all in the end.

Unless I’m wrong – because I might be wrong. I am sometimes wrong, like about where I left my glasses the other day. Thanks for helping me to find them – outside where they fell off the table that one time. Those little things, you know? Those little things.

I still can’t believe the Roman Catholic Church has been around for 2,000 years – and I’ve only just *really* met them a couple months ago mid-March when a bunch of things happened. Most memorably, this guy found my phone on the ground, and I was like okay dad, very funny. Then, I strode up to the tabernacle. It was one day before the church closed its doors. And I said to you – well, you remember. It went something like this: I have no idea how on earth you are going to pull this off, but okay.

Still your daughter, still waiting on so many things – one of the least of which is for this quarantine to be over so I can go back to living my mostly-normal life, no longer looking for a church to go to – if I must.
Anne