This is my post for this week’s Friday Fictioneers. I actually wrote two stories because somehow I found the wrong prompt (which I can’t find again) before writing the second story. The first story is the one in response to this week’s prompt. The second one is a bonus, I guess. =D Sorry. Having a really long week. 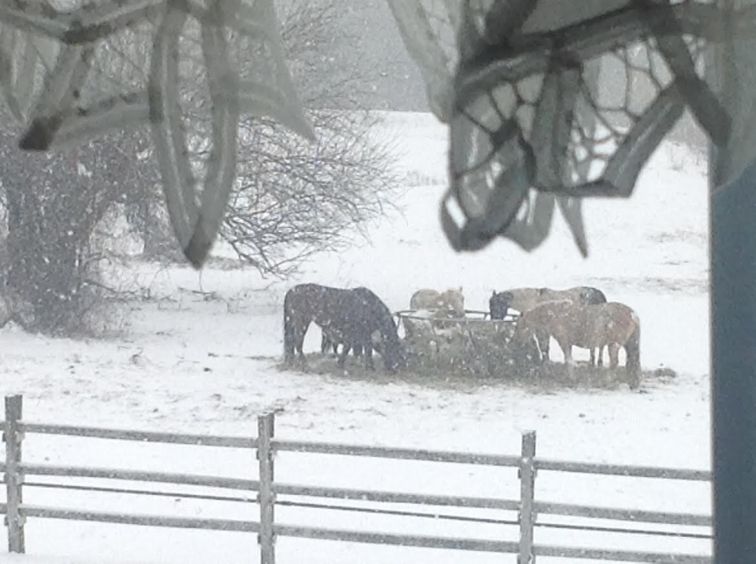 Rachel only wanted one thing for Christmas: a brand new MP3 player loaded with all her favorite songs.

For the week leading up to Christmas, she was super nice: she only called her brother names twice. When he dropped a toy, she picked it up for him and only held it out of his reach for two, maybe three, seconds.

She was psyched. She was ready. Early Christmas morning, she crept downstairs and found

A donkey with a card attached to its collar.

Dear Rachel,
This is Wilbur. He was also bad this year.
Haw haw haw, Santa

I used to believe the metal locker had everything. It was a gift from my father.

My mother finds me there, trying to figure out what to wear. I’m grown up now, almost thirteen.

“Something dark. It doesn’t matter.” She doesn’t get it.

“Something to bring him back. He said I could find anything.”

I am not okay. The locker is smaller than me now, but I wonder. If I climbed inside, would they bury me too? Of course not. I grab a dark t-shirt and jeans.

5 thoughts on “FF: Very Donkey Christmas & Inside the Locker”